I was sitting on the couch—glass of wine in hand—my 4 kids with me. It was a Friday night in November last year, movie night in our house. I can’t remember what we were watching because I was never really paying attention. Also, I can’t remember how much I’d been drinking. It might have been my 2nd glass or it could have been my 3rd. Out of nowhere my 4-year-old son turned to me and said “You’re boring now mummy. You don’t have fun with us anymore.”.

Kids say random things like that all the time but this time kicked me in my guts because it wasn’t random—it was true. For too long my days had revolved around wine. If I wasn’t drinking I was counting down the hours until I would be. Wine was the thing getting me through long days of work and long nights of kids—that’s what I told myself. 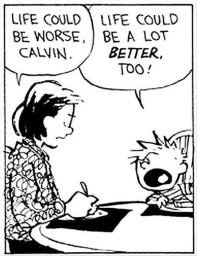 Then I became a mother and got handed a whole new rule book. Drinking alone (kids do not count as drinking buddies) is acceptable, encouraged and applauded—by other mothers, by the media. A wine at the end of the day is a reward for being a good Mummy, for getting things done, for keeping little people alive all day long. When I became a mother I adjusted my barometer accordingly: drinking alone became a thing.

There’s a sense of comradery when mummies drink alone. We’re part of a community. The wine connects us. First sips are taken ceremoniously and the frenetic pace of the witching hour is soothed and settled in seconds as mummy gears down for the night. You want to know how I felt when I took those first sips? I felt like my baby son looks when he’s been crying and I start running my hand softly down the side of his face saying shhh, shhh, mummy’s here. When I first sip wine the warm calm washes over me and caresses my face whispering shhh, shhh, wine is here. Suddenly I can ignore all the chaos around me and I called this feeling of calm “coping’. Now I call it tipsy, and bullshit.

To fuel the fire, at wine time, wine memes are shared on Facebook and on Instagram pictures of long-stemmed glasses of chardonnay standing next to a bunch of peonies on a marble bench top start pouring onto news feeds.

If you’re one of those relatable mums you’ll post a selfie—with your wine glass—sitting on the bathroom floor captured right at the moment little Harriette piffs the rubber ducky at your head and you’ll hashtag #keepingitreal #sendwine.

The romanticism of the Mummy-Wine relationship is what gets us drinking and keeps us drinking.

So what’s my story around alcohol, other than the fact that for a while there I liked to drink a lot of wine, sit on the couch and ignore my kids?

Well, there’s no dramatic scene at rock bottom. Everything looked to be in pretty good shape on the outside – 30 years old, 4 gorgeous kids doing all the extra curricula activities, partner, inner city house, pets, and a company we started from scratch turning over 7 figures a year… but internally I felt inadequate, anxious and stressed. I felt like a human rubber band pulled tight. All the relationships in my life were suffering because the one that really counts the most—the one I have with myself— was rubbish. I was teetering right on the edge of miserable, really, and that misery was slowly seeping its way into and through all the good things in my life.

I used to say I was drinking to take the edge off but really I was using it to drown out the discontent I felt with my life and to disconnect from my self. Being sober was uncomfortable. And those edges I was taking off? They always came back sharper.

By the time I got to my crisis point I was drinking 5-6 bottles of wine a week and having a day off here and there as my way of convincing myself that I was in control. My barometer was faulty, because here I was drinking more than 3 times the amount the Australian Government NHRC recommends to reduce the risk of alcohol-related harm over a lifetime, but in my mind the ability to stop drinking for 2 days at a time is what separated me from people who have a problem.

I had a problem alright, and I was lying to myself every damn day about it. Until my son said those words to me and a light bulb lit up right in the centre of my darkness. The desire to live a life free from alcohol was born. I wanted to start having fun.

I’d love to say that after that revelation it was all happily ever after: but deciding to give up alcohol was just the very beginning—it opened up a door that led to a new path. I’m still only a few steps in and talking about it feels like the right thing to do.

It’s been 10 months since I started trying to give up and 5 months since I’ve been succeeding. I can’t get enough of this new world of information at my finger tips. I have read the books, listened to the podcasts, I follow all the blogs. There is so much out there for women who are actively trying to stop drinking. But my story is pretty vanilla compared to some I’ve read, insofar as my life was relatively in tact at the point I was at my lowest, which I believe is all the more reason for me needing to tell it.

Rock bottom is not a prerequisite for choosing to live a life free from alcohol. I think of it as jumping off the burning ship as soon as I smelled the smoke. Maybe if we talk more about the things that aren’t as okay as we’re making them out to be, more of us will abandon ship early on and less of us will end up burned.

First, though, we have to admit that the ship is on fucking fire.

Kacie Stephens is millennial mum of 4 kids and blogger of www.onemum.org

There are no upcoming events at this time.